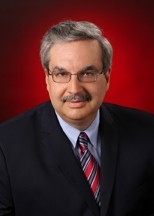 This Forum Event SPONSORED BY:

A 2020 General Assembly Update from Tom Mongellow of the CBA will cover current issues and proposals from the State’s Capitol.

In February 2015, Jorge L. Perez was appointed Commissioner of the Department of Banking for the State of Connecticut. He brought to the position over 25 years of experience working in the banking industry. Prior to his appointment as Commissioner he served as Vice President Senior Commercial Loan Officer of Liberty Bank. Prior to that, he worked at Sovereign Bank New England as Vice President Community Banking Manager of the New Haven Exchange Branch. He was employed by Bank Boston for approximately 12 years before it was purchased by Sovereign Bank.

As Banking Commissioner, Jorge has jurisdiction over Connecticut’s laws pertaining to state chartered banks and credit unions, consumer credit, broker-dealers, investment advisers, securities, and tender offers. He oversees a department with over 100 employees. In his capacity as Banking Commissioner, Jorge serves as a voting ex officio member of the Board of Directors of the Connecticut Housing Finance Authority.

Times shown are local time. You can choose to pay by credit card or invoice when you register.