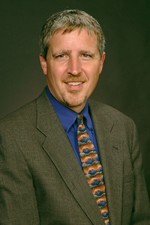 We’ll bring you up to speed on what Bitcoin is, how it compares to other virtual currencies, and what the threats and opportunities are for bankers. Learn some Bitcoin-related jargon, such as mining, wallets, hot and cold storage, and more. (see complete description below).

Bitcoin lurked around the edges of the Internet during its first few years of existence, skyrocketed to exceed the price of gold, and has now seemingly faded. But contrary to popular belief, Bitcoin is still alive and well, and is starting to be used in some innovative ways.

We’ll bring you up to speed on what Bitcoin is, how it compares to other virtual currencies, and what the threats and opportunities are for bankers. Learn some Bitcoin-related jargon, such as mining, wallets, hot and cold storage, and more.

MIT, Goldman Sachs, and NASDAQ are testing the technology that powers Bitcoin to innovate data management and privacy. As a consequence, the future of Bitcoin may actually be much greater than the value of the virtual currency itself.

Covered Topics:
•Compare Bitcoin the protocol with Bitcoin the virtual currency, as well as other virtual currencies.
•Determine where you can spend Bitcoin instead of cash, and gain an understanding of virtual currencies in general, as well as how to buy, sell and acquire Bitcoin.
•Unlock the mysteries of Bitcoin mining and the cryptography behind the scenes, including the backstory on the unknown person who launched the currency.
•Receive an overview of governmental and political perspectives on Bitcoin, including campaign donations.
•Learn abut the dark side of Bitcoin, such as (1) the federal law enforcement agents who attempted to steal money from criminals they were investigating; and (2) criminals actively hijacking computers in exchange for Bitcoin-related ransom.
•Private, but public? Bitcoin’s curious accounting ledger openly tracks all transactions, which means transactions aren’t truly untraceable.
•See who’s making money with Bitcoin, including the short-lived Bitcoin Bowl sports sponsorship.
•Look ahead at opportunities Bitcoin portends for bankers, including experiments underway by Goldman Sachs and NASDAQ, as well as an MIT proposal to use the blockchain to increase privacy of personal data.

Anyone seeking to understand what Bitcoin is, how it works, and get a sense of where it’s headed.

This webinar is recommended for 2.5 CE Credit Hours. Each attendee will receive a Certificate of Attendance for self-reporting of CE Credits.

INCLUDES SEVEN DAYS OF ONDEMAND PLAYBACK!  With this option, you will participate in the webinar (via the internet) as it is being presented. You will login to the webinar on your PC to view the PowerPoint presentation, and you have the option of using your PC speakers or a telephone for the audio. Participants can type and send their questions to the instructor. Many companies are now running their PC through an LCD projector allowing many employees to participate in the same room.

With this option, you will receive an e-mail that contains a link to the PowerPoint slides (to download, print, and copy) as well as a link to the media player where you will view and hear the entire webinar just as it was delivered, featuring the full-color PowerPoint presentation with audio. You can pause, fast-forward and rewind as needed, which makes it an effective training tool. The weblink will be available to you (and anyone else in the company) for up to six months and can be accessed 24/7 as many times as you wish. Delivered via e-mail the day after the webinar takes place.

If you do not have internet access or want to make the webinar part of your training library, the CD-ROM Recording is a great option for viewing a webinar. You can pause, fast-forward and rewind as needed, which makes it an effective training tool. With this option, you will receive a download of the PowerPoint slides and a CD-ROM Recording (featuring PowerPoint presentation with audio) of the webinar via regular mail. You can expect mail delivery 7 to 10 days after the webinar takes place.

Webinars can be scheduled and offered exclusively for your company. They can even be customized to best fit your needs. To find out more, please complete the in-house request form found in the Schedule and Registration Information section below.

Choose the viewing option that best suits your needs. Live Webinar times are shown as Eastern Time. You can choose to pay by credit card or invoice when you register. CFT Credit will be awarded to the registrant, unless directed otherwise (additional attendees can also receive credit for an additional fee). CFT Webinars are powered by Total Training Solutions!